I have not written much about my field of expertise. Yet civil engineering can be impressive. It is an important part of our lives, one of the oldest occupation. Maybe one can pretend it is the basis of civilization.

Today, we use a bit of prefabrication, but finally, the whole remains the same as the 60’s.

In some cases, we don’t use anymore some techniques because they are not economically profitable beside their energy or material efficiency.

For example we don’t use mushroom ceilings or wide T beams. Why ? 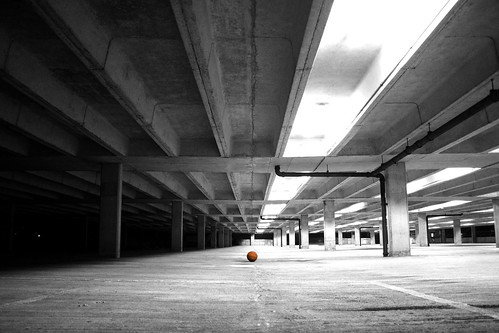 Prefabricated juxtaposed ceilings. Quite a rare technique : one need to be too much careful, even though it’s effective.

It’s because they require too much work time.
Today, around half the price of a building comes from the price of work, and half this same price is work taxes. It’s how we pay our social system.
Salaries continuing to grow while building materials’ prices stay stable, the proportion of a building’s price going to pay for work increase all the same.

The techniques used on building-sites need to be fast and need few man power. One prefer to have a thick floor rather than a boxed ceiling.
A thick floor just need a simple flat formwork. It can also be totally or partially prefabricated.
Boxed ceilings need cautious and long work to be set in place, even though it can be prefabricated either. So despite its low material cost, few will use it.

Recently, someone declared during a seminar I attended that we should reduce work taxes and increase taxes on raw materials.

The aim there is to encourage maintenance of equipment (which cost few in resources, but need skilled man-power) rather than their replacement (which needs a lot of resources but few work time). It would be also a good way to reduce waste.

This seminar I attended was about sustainability in construction. It is actually a new way of thinking and organising.

Sustainability, energy saving make it mandatory to use more and more existing structures. When building new ones, one need to ensure they can be reused easily later.

Some propose to 3D-print houses.

What an interesting topic to write and talk about later.