This Saturday I went to an archery tournament organized by Silkeborg.

Woke up 6h30 to take the bus 7h at the bottom of the hill, arrived in Ans (the village in Silkeborg’s commune where the tournament was organized) at 9h20.

I met there a part of Aarhus archery club, but also some more confirmed archers, like Erika Anear, who is an Australian living in Denmark and champion in the field. I met her before in Aarhus and I always like to see her again.

There was first two series of 10 rounds of 3 arrows each. So 30 shoots per series and 300 possible points per series. I am quite happy of myself as I made 221 and 231 points. 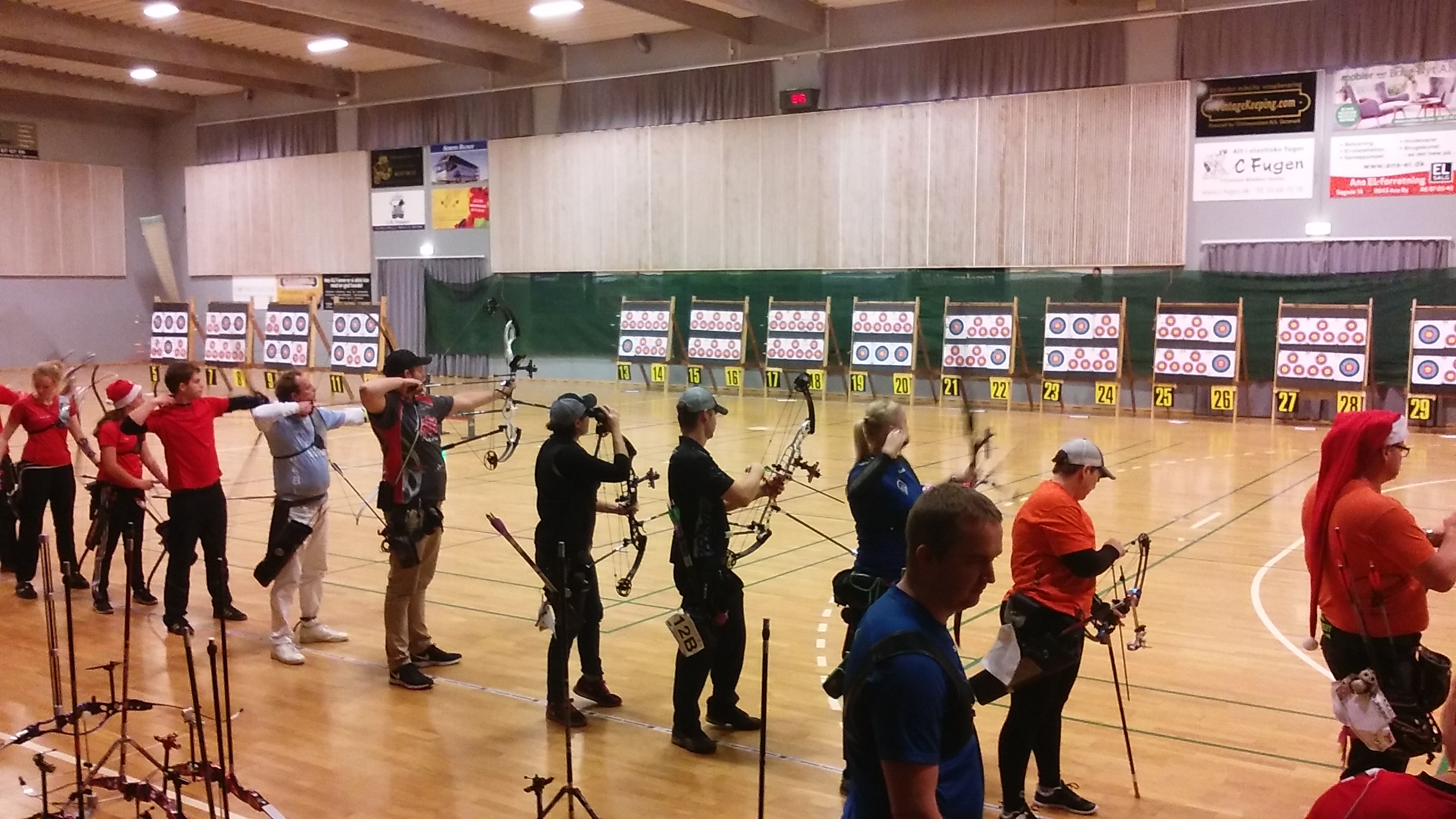 Let’s say that an archery tournament is somewhat slow but also rather organized. I have two minutes to shoot my three arrows. And actually, the slower I am, the better I shoot, but also the more tired I get. Therefore it is more or less a competition about «who is the slowest ?».
I use to shoot my three arrows in a minute or 100 seconds. But some archers really use their time to the point where they arm their last arrow 20 seconds before the end and release the rope 5 seconds before the ring bells.

Every archer shoots on a vertical target. But we are a lot, so we are shooting on shared mats, each archer having their own target. There is a rolling in the order of shooting. And after shooting, I can have a long rest. Then we move to the target to count the points, and validate others' points - as we share the target, then get the arrows back.
For around 60 archers, we got three arbiters.

Finally we get back to the shooting line.

It can be rather spectacular, like a medieval army.

So, shooting the 10 rounds of 3 arrows, it lasts around two hours. It is calm and slow. Looks like a mini-marathon. Not really physical but much more long-term mental commitment and keeping the pace.

After the two series of rounds, kids could stop. They had to shoot on drawn dwarves. Each got off with a pack of sweets.

I wish I took pictures of this moment. It was quite fun to see 1m20 tall kids shooting with a large bow or a micro-compound.

Then came pool stages. It began around 16h. At that time I had 6 hours of shooting in the shoulders. And there, they began to complain ! Because it became rather difficult to maintain position. 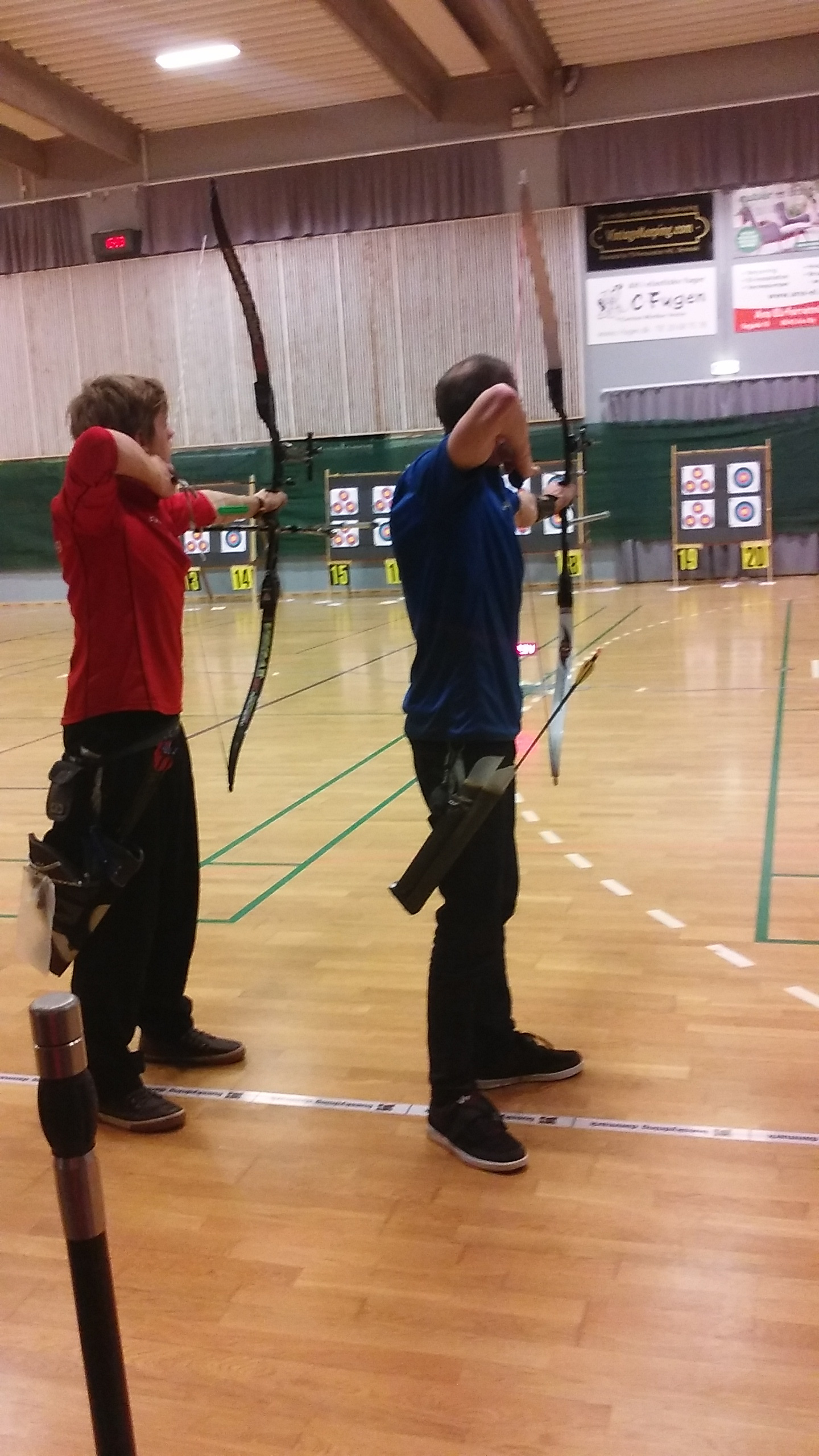 The pools were groups of 4 persons and each should run against one another. I was with a girl, very good shooter, who said she was a bit in pain, even though she still managed to hit the yellow (so points 9 and 10). By comparison, my shooting gets worse and worse and I could barely manage to get the red (points 7 and 8). Obviously I was the last of my pool.

I cannot even imagine how she was when going off the tournament.

But don’t think I am sad or sour. I am rather happy of my performance.