Prague is huge. You need at least five days to round the whole thing, not forget anything really interesting. As I was there only for two full days, it was already a lost battle.

Just walking around in downtown, admire the ancient towers and houses was already amazing.

Travel to Prague and arrival : Saturday the 20th of July

Travelling to Prague, in a train of the national Czech company, was very nice and comfortable. They have power and wifi, which I did not expected.

At Prague central station, I took a three days transport ticket. That way, I can go from one place to another without trouble. The transit system is excellent, yet a little hard to understand.

During my installation, I am said restaurants close early, so I hurry going out and find a good place to eat. I find Potrefená husa Albertov not really far away from my place. Good beer and good food.

Prague is quite cheap, but you have to pay everything. What I mean by that is that there is no ticket which provide you full-access. And even public toilets in museums, where you bought a ticket, has to be paid.

I was really close to Vyšehrad, which is a fortress on the east side of the river. So it’s there I head first. It was built in Vauban system and include a church and a cemetery where famous Czech citizens are buried, just like the french Pantheon. There is a really good view on the town. 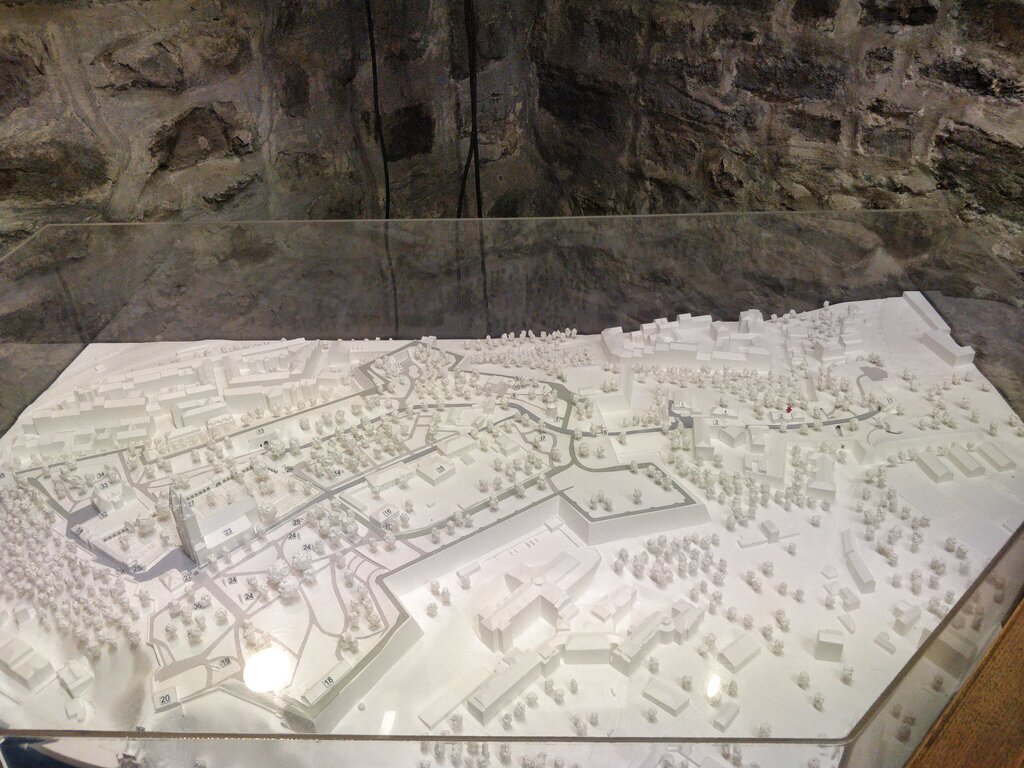 model of the Vyšehrad fortress 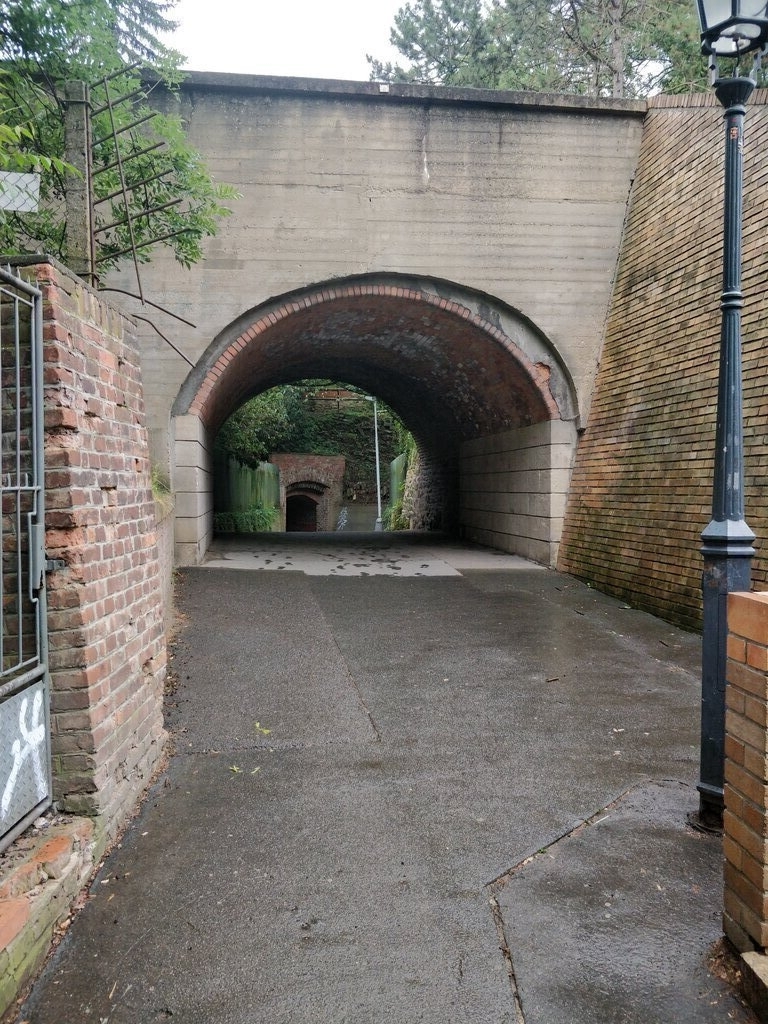 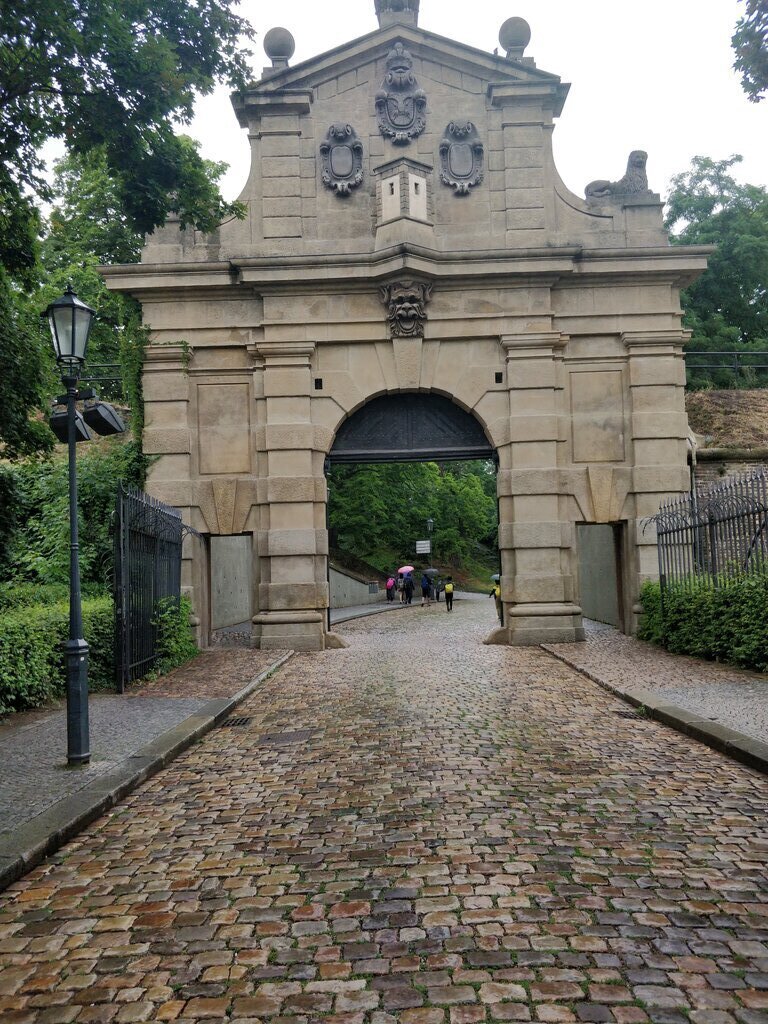 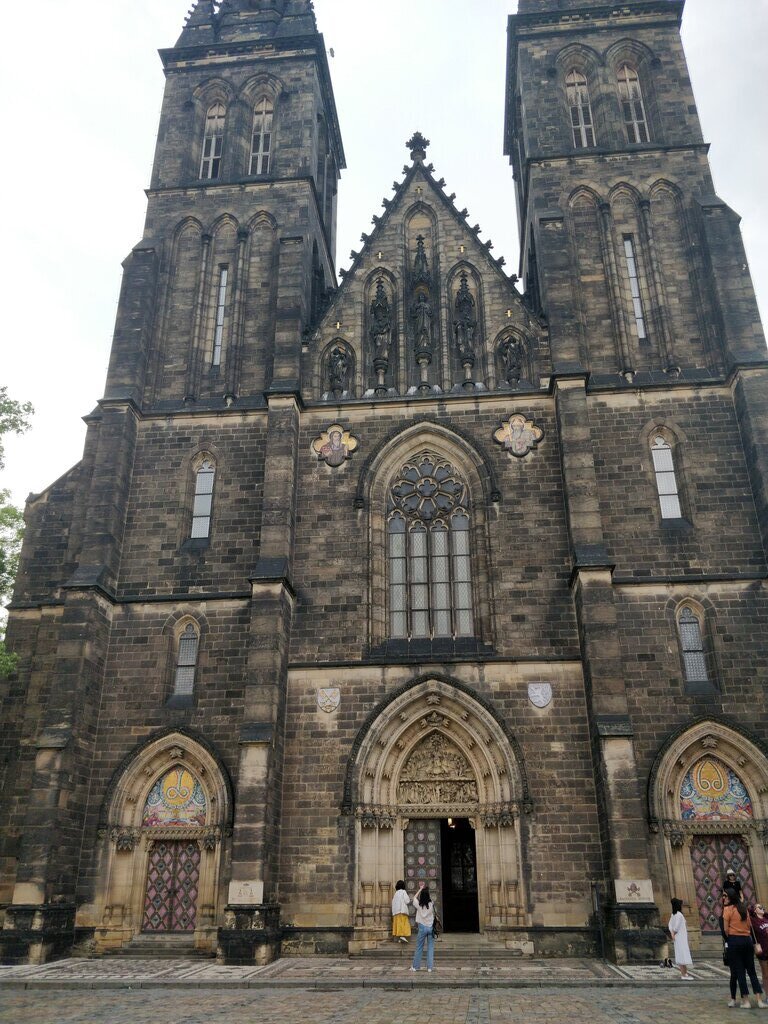 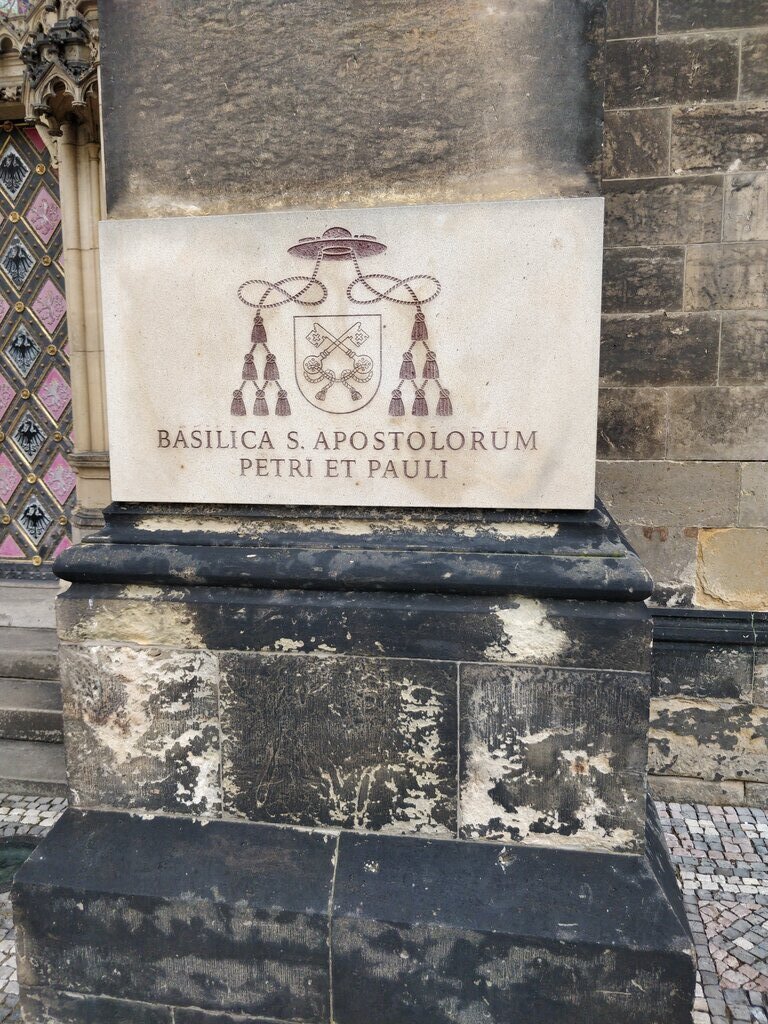 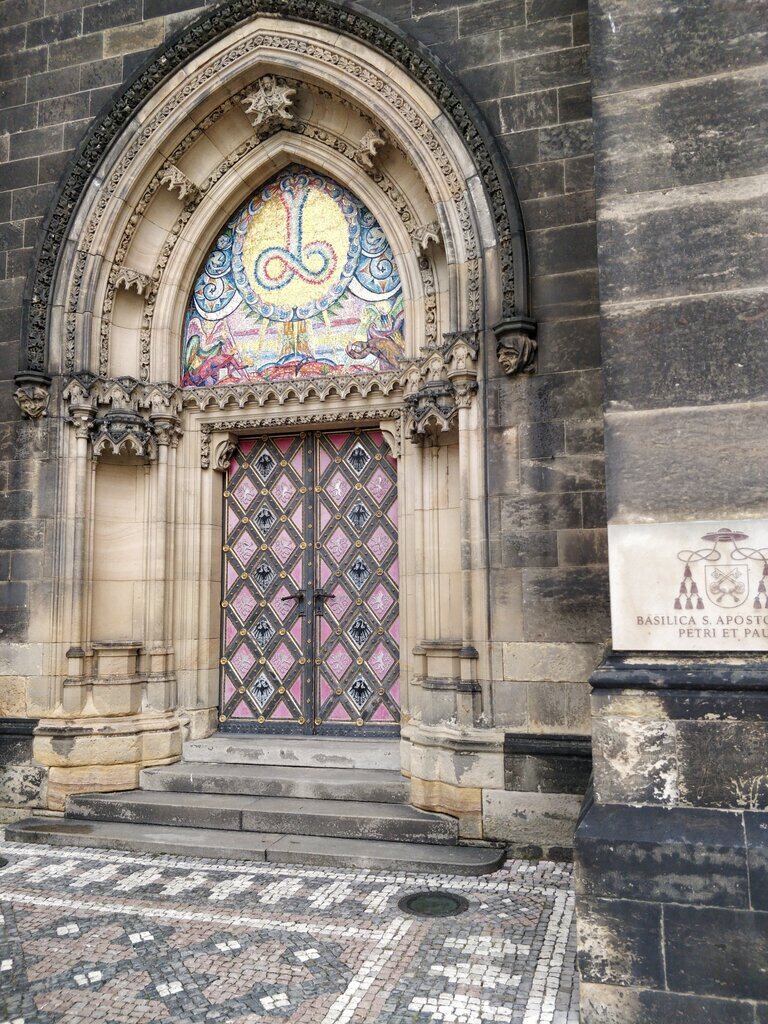 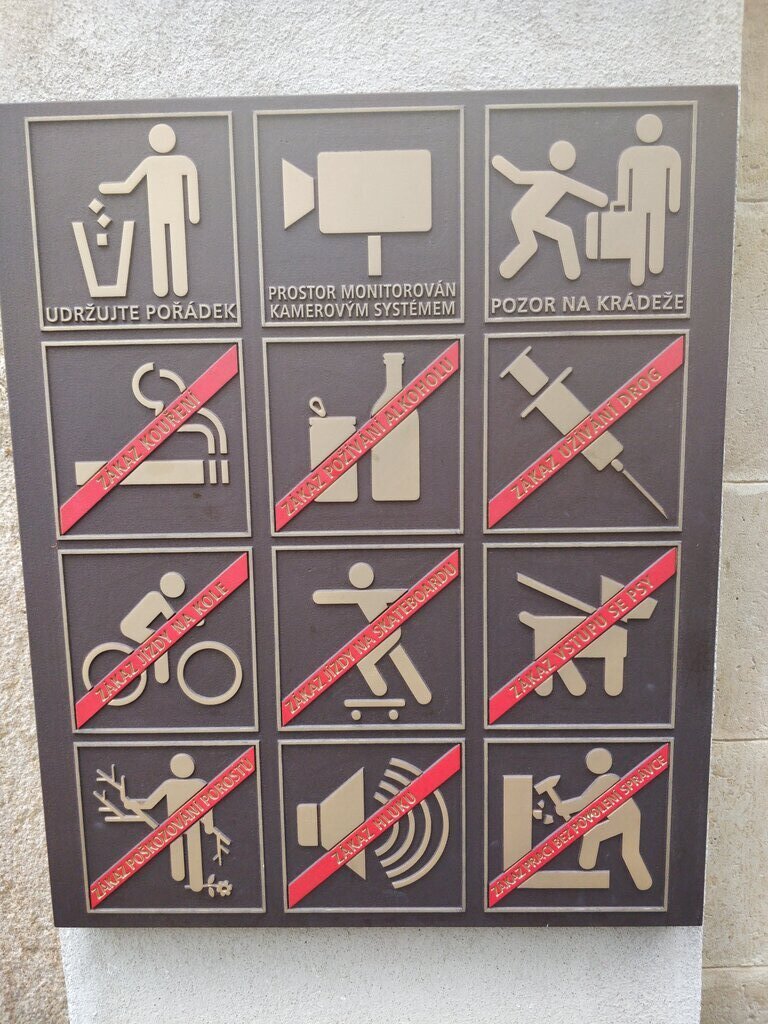 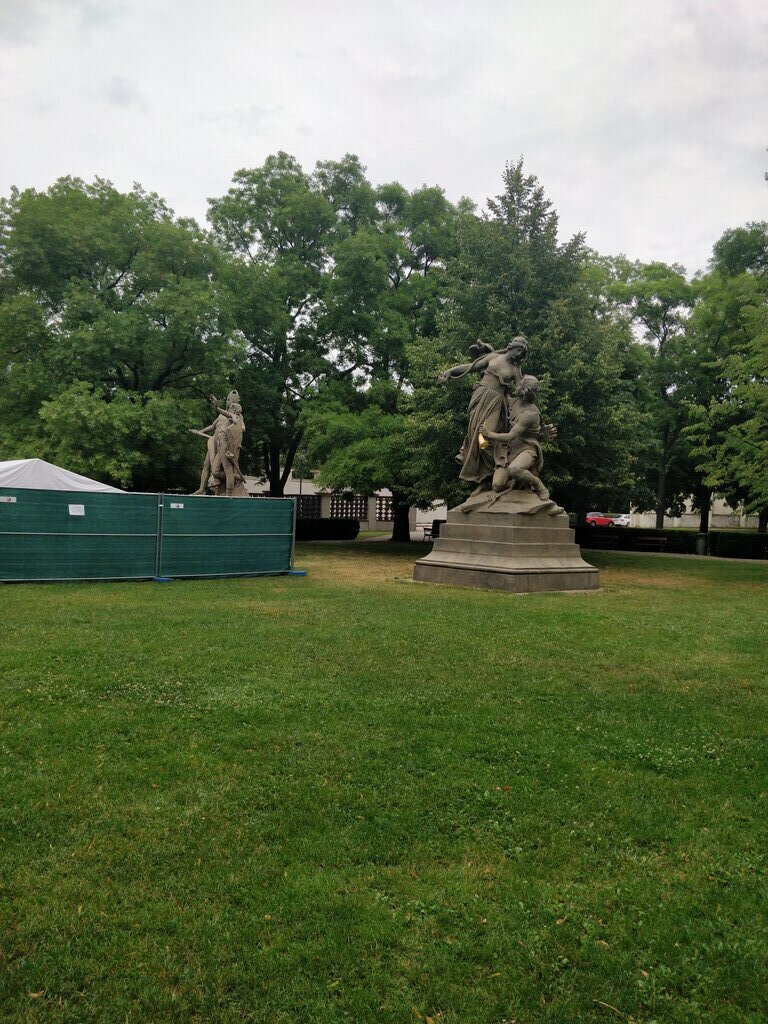 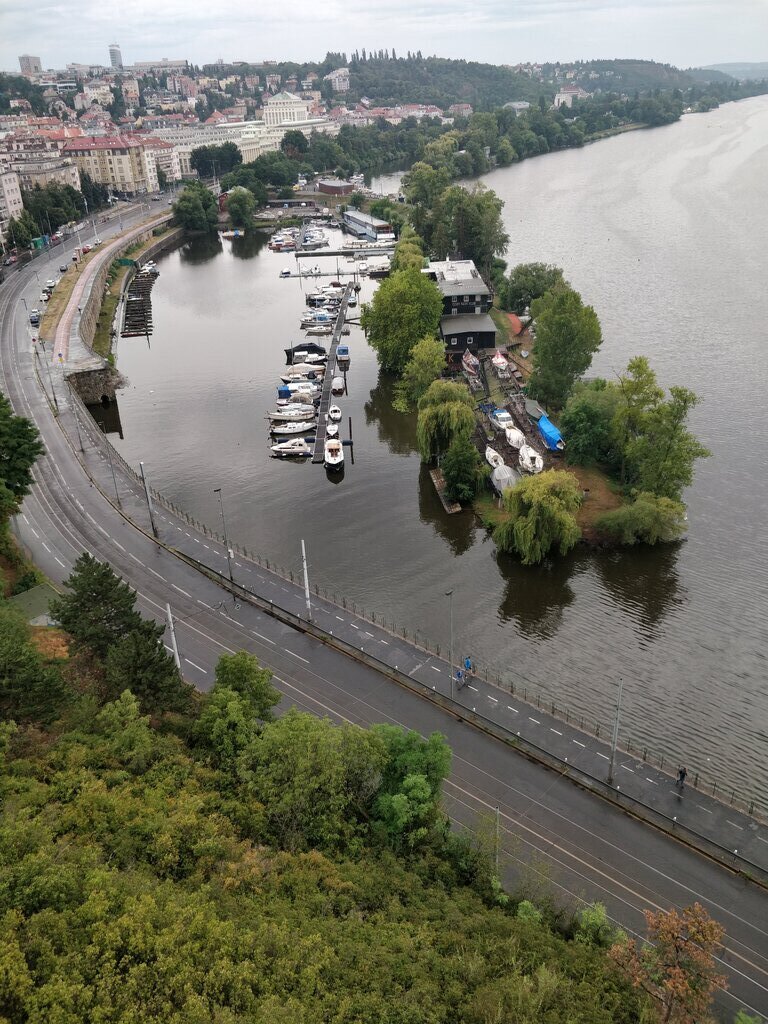 To the left, an important message to the visitors of the national cemetery : No drug here please. To the centre, one of the park statues. To the right, the view on the river from the fortress' walls. 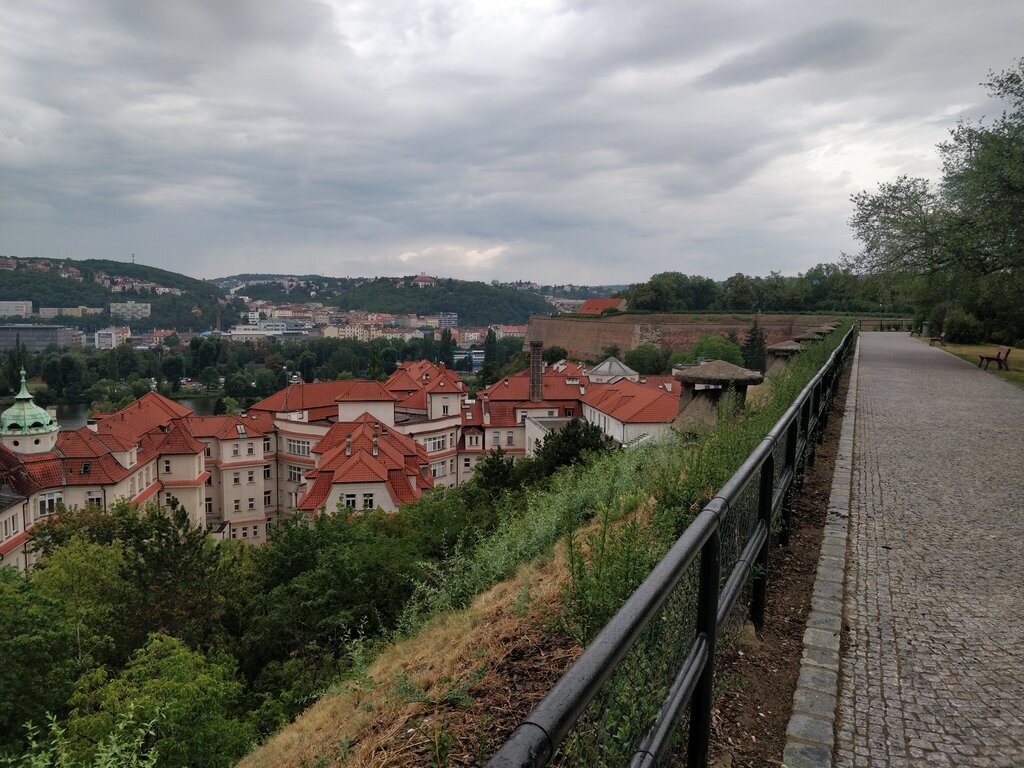 View on the city from the fortress' walls.

Then, walk in the old town. I visited the Vyšehrad exhibition about the beginning of the Bohemian kingdom and the Apple museum. One can see a lot of old cars in the old town, with tourists onboard.

I eat at Lokál, a 1/4 duck with sauce and berries, and the sorts of bread soft sausages that are essential to every Czech dish apparently. 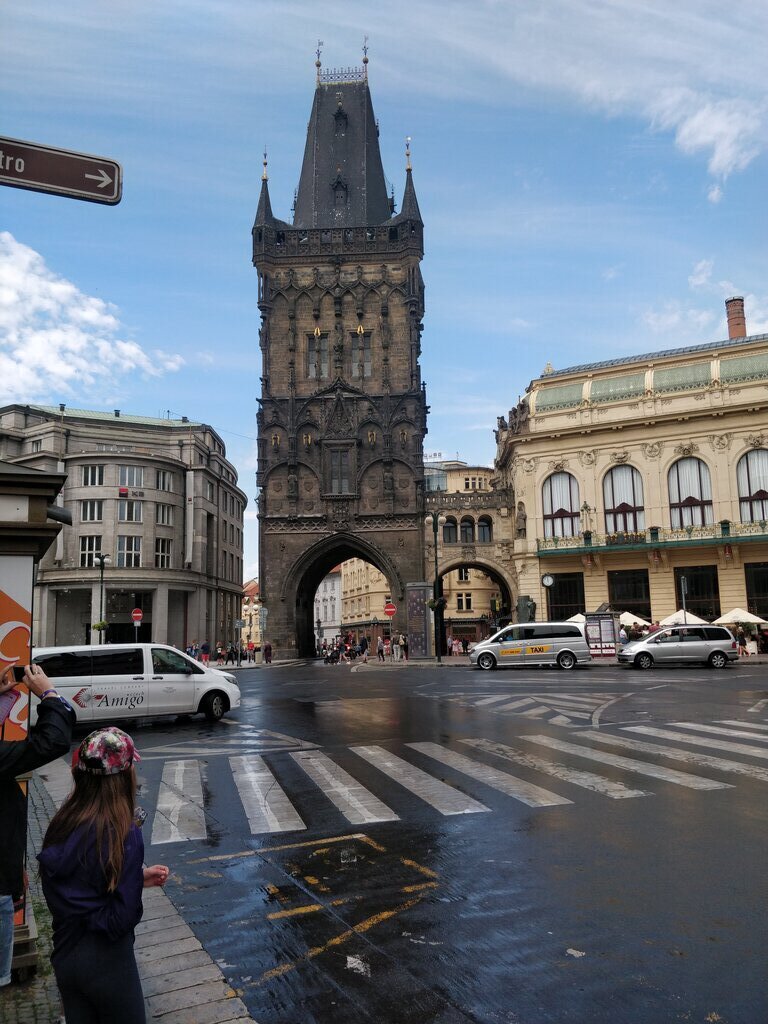 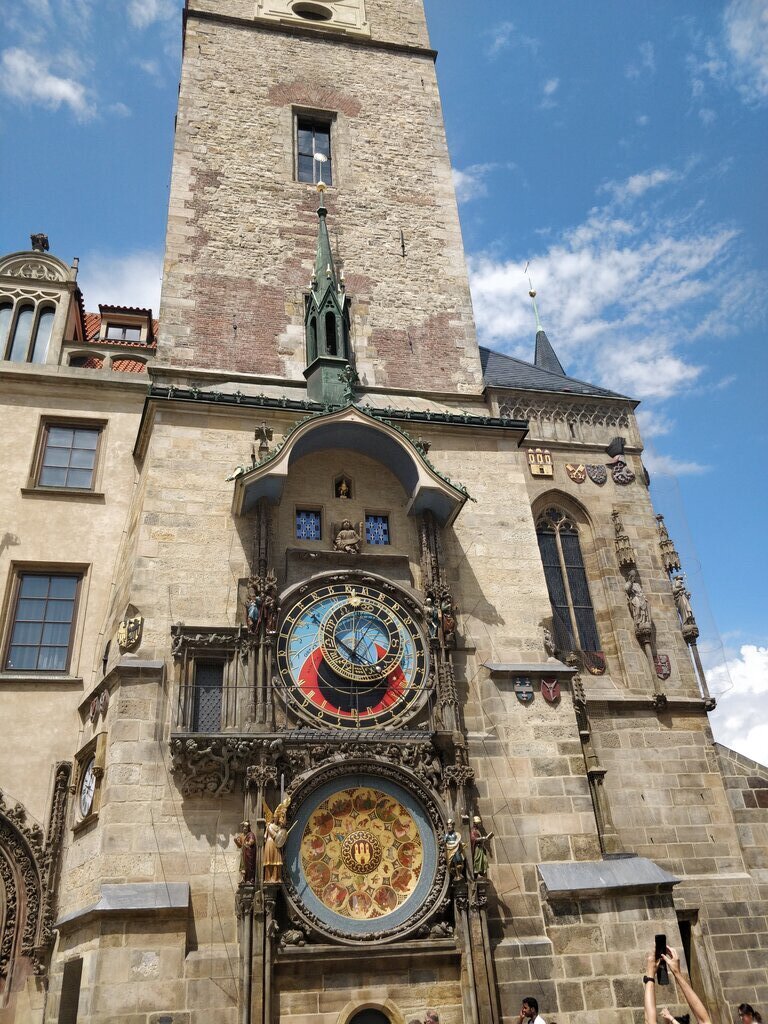 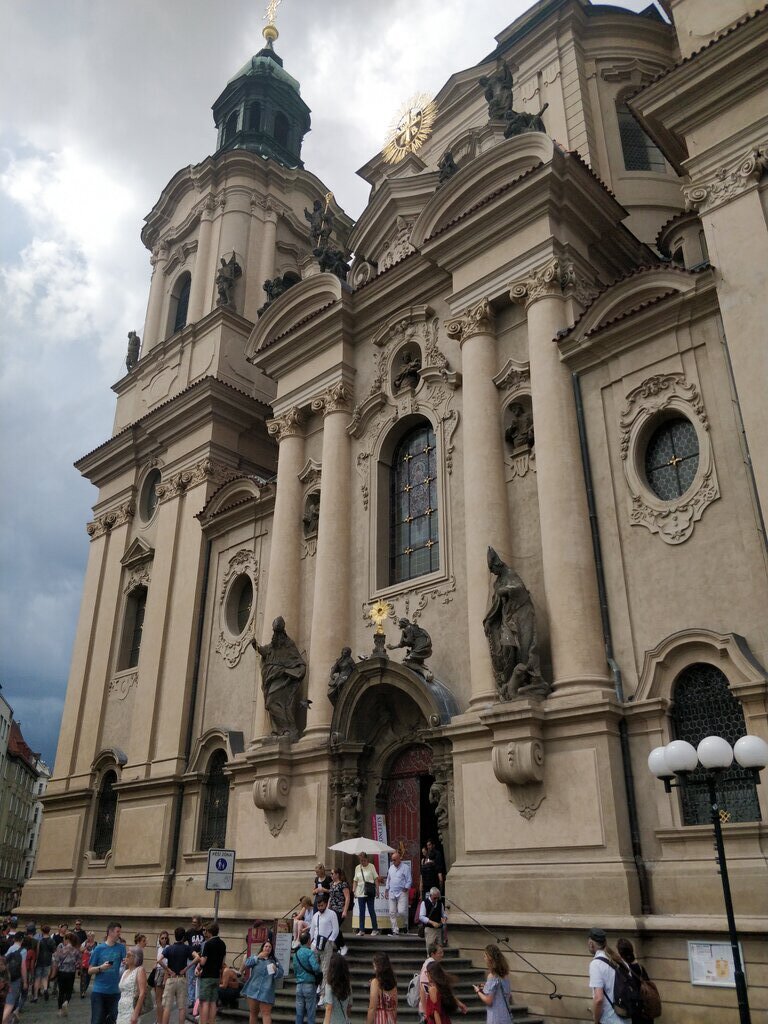 In the evening, I meet with Petra and her husband and kids. It was awesome meeting back with an old Erasmus friend and we discussed a lot our respective lives. 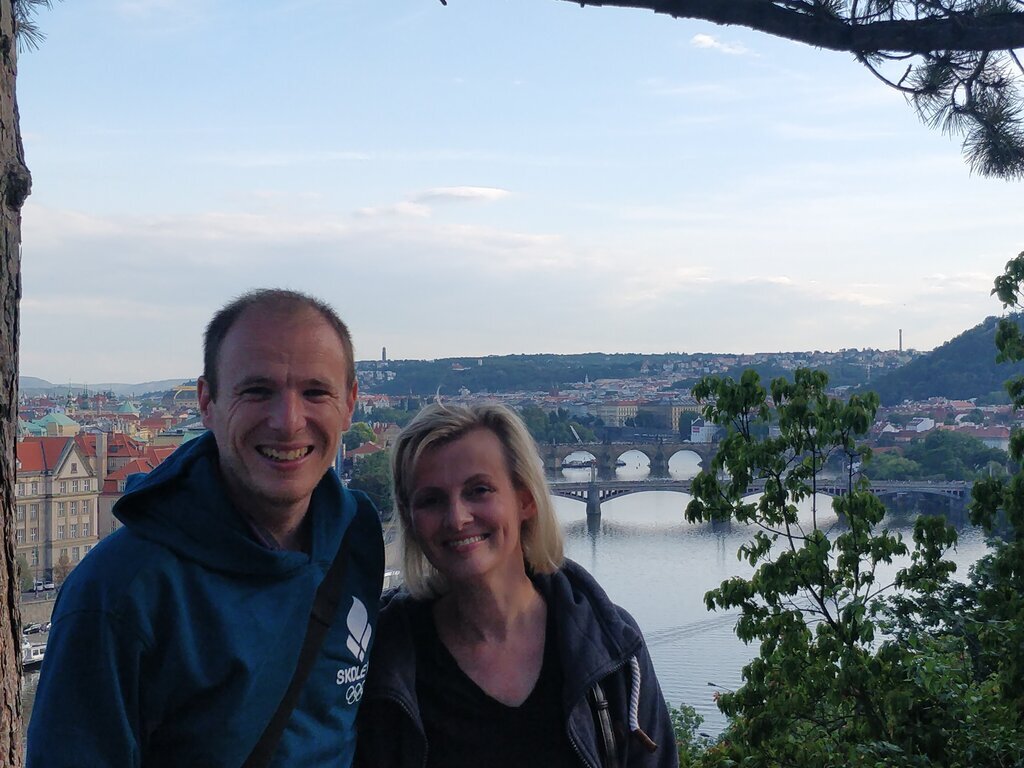 Prague castle is definitely something to see. It’s truly Versailles-ish in size. To be seen early. The complex is in open-access at 6 o’clock in the summer (There are guards and soldiers at the entry, and they check bags, after all, the castle is a touristic attraction but also the seat of the Republic’s Presidency). Buildings are open at 9 o’clock. At 10 o’clock, you have crowd all other the place and long queues at the ticket offices and at the guards stations.

I visited here the ancient royal palace and the exhibition about the castle’s history, St. Vitus Cathedral, the gold promenade, which is actually an alley where castle guards built dwellings within the castle’s wall’s arcades. 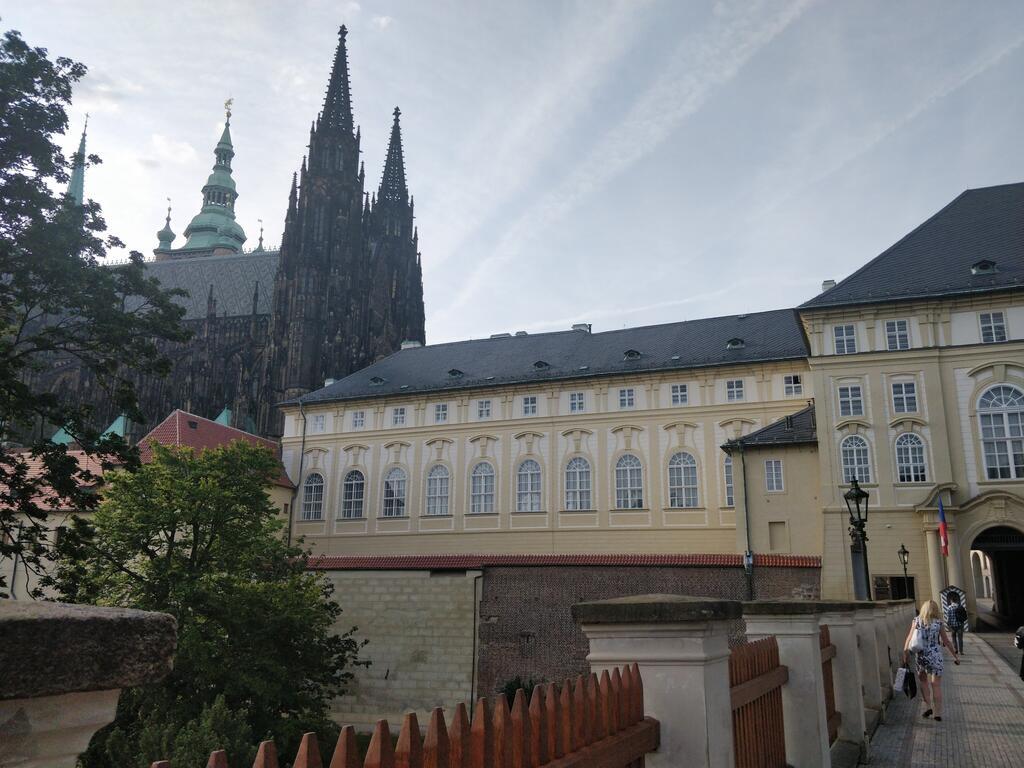 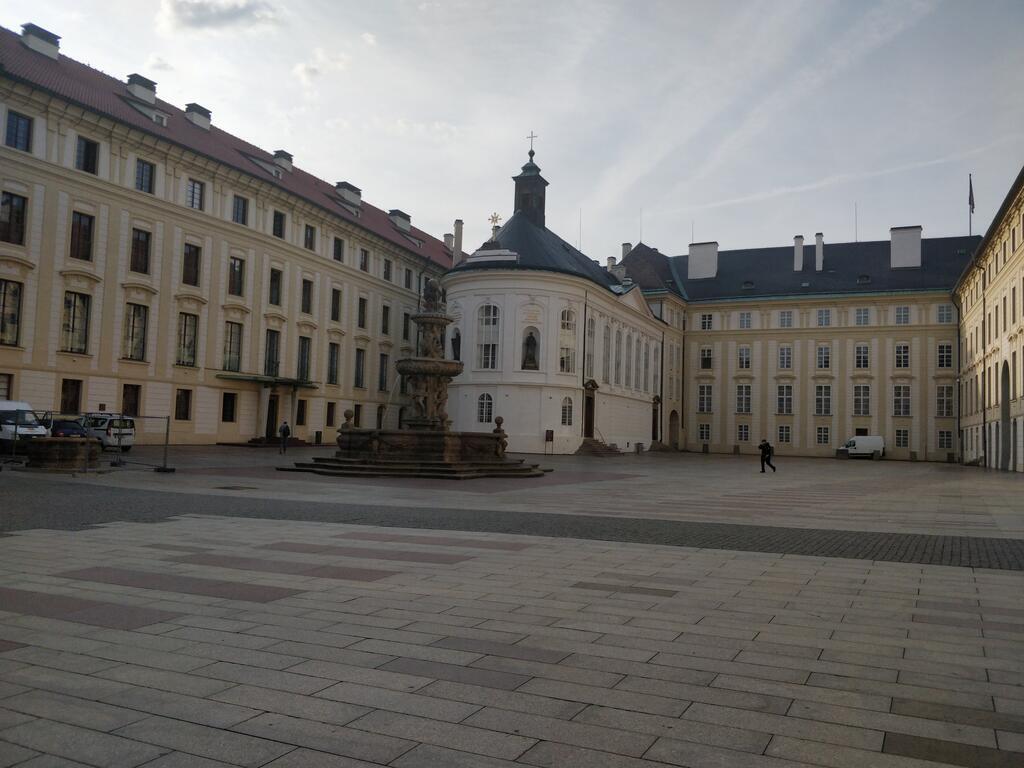 The entrance and the first court 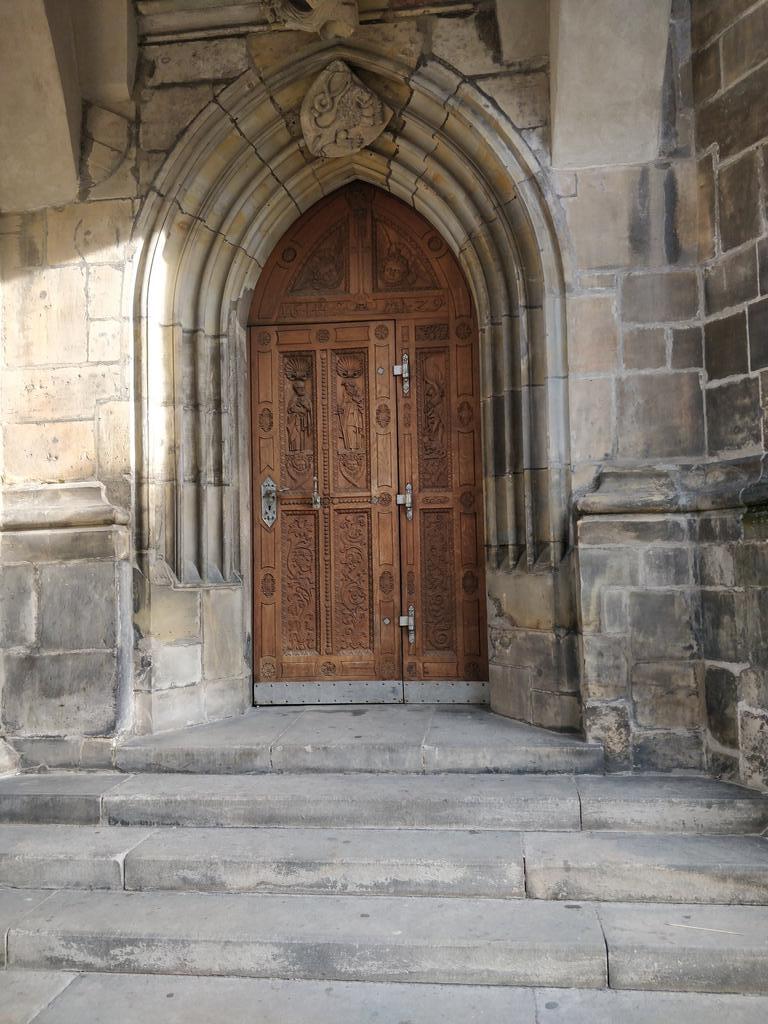 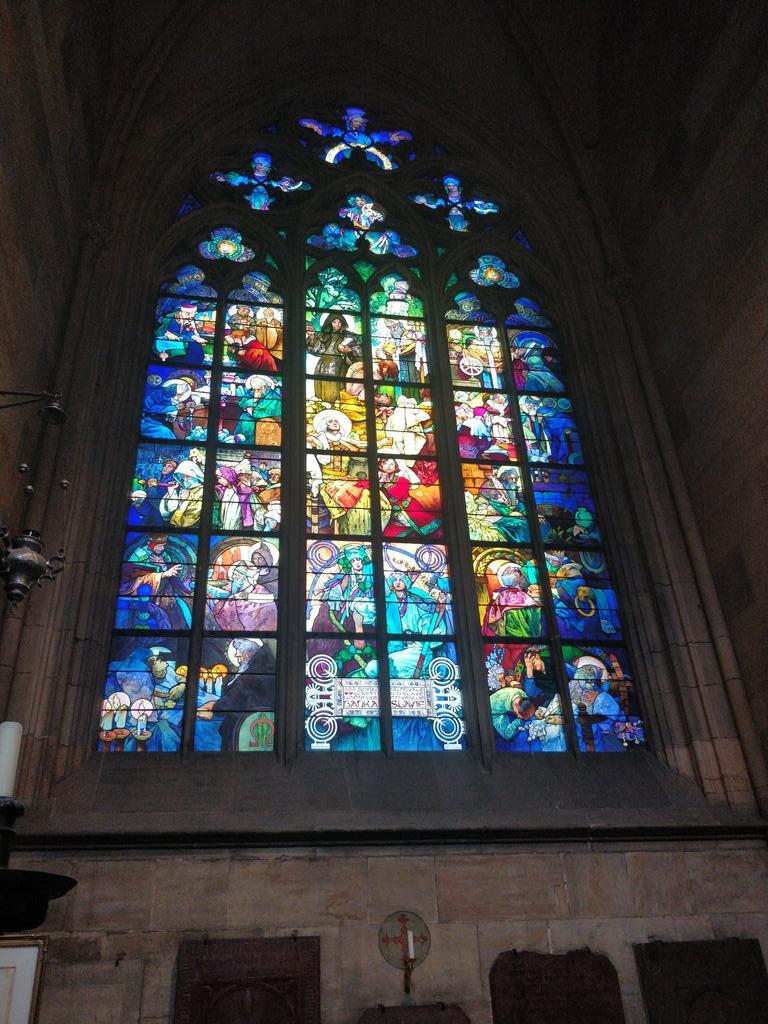 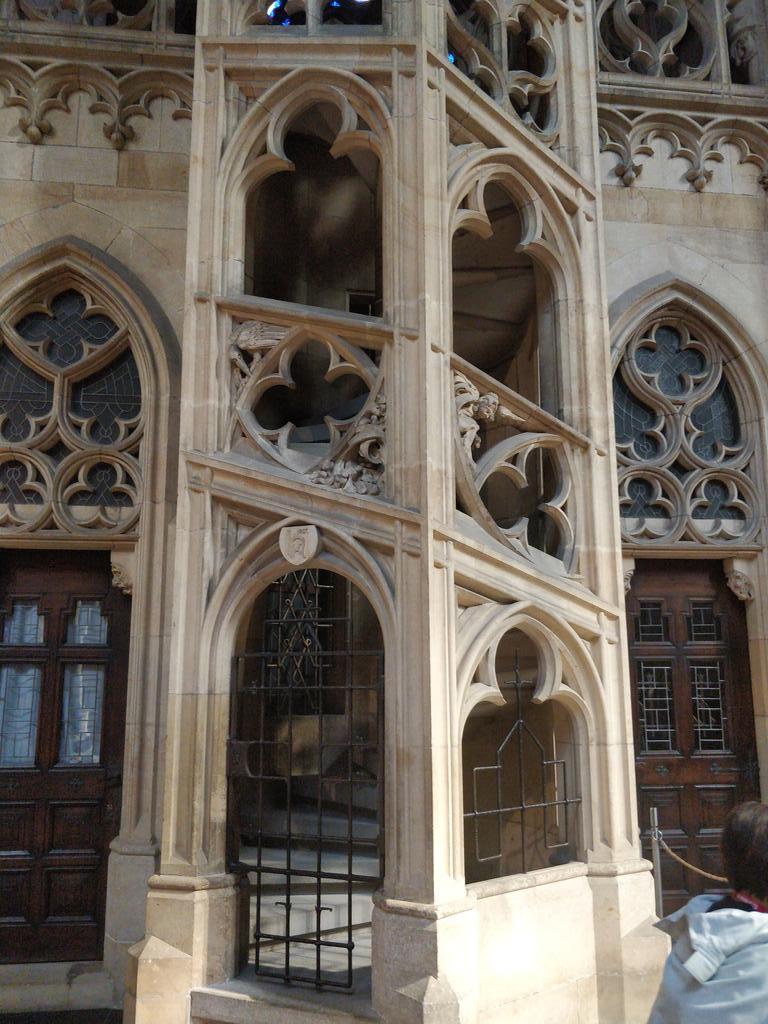 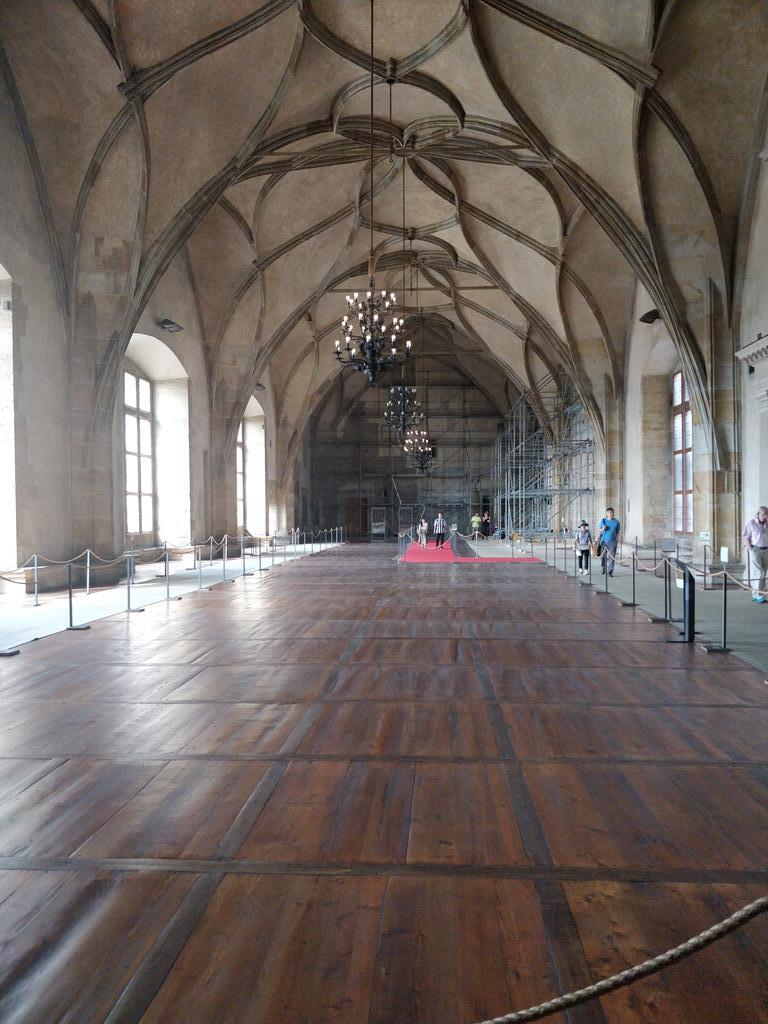 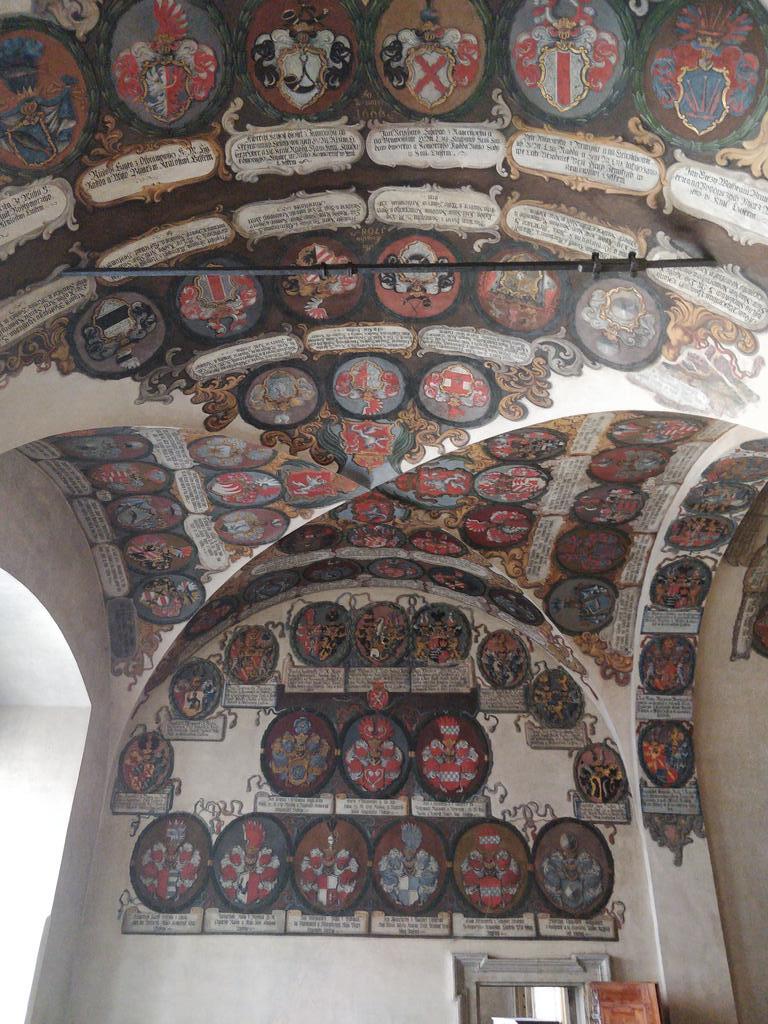 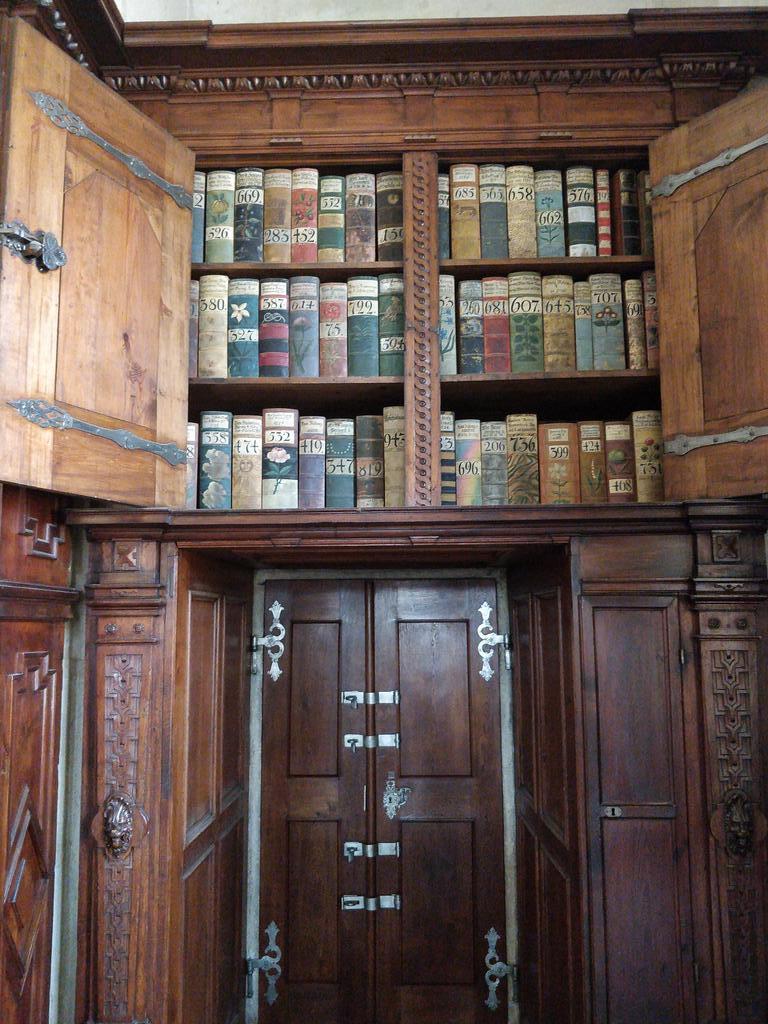 On the left : great state hall (Venceslas hall) of the royal palace. Centre : officers' arms of the Bohemian kingdom. On the right : the kingdom’s landbooks, classified according to years. Those books contained records of laws and decrees, as well as the most important land properties.

At noon, I eat a Czech sausages, the Danish way (or are the Danish sausages that are served the Czech way ?), meaning with a piece of cardboard and a big piece of bread to make myself a hot-dog.

The day ends with a stroll through the Jewish old town.

Travel to Vienna : Tuesday the 23rd of July

The day I leave Prague, I eat at Ferdinada. Once again, truly a good cheap meal. 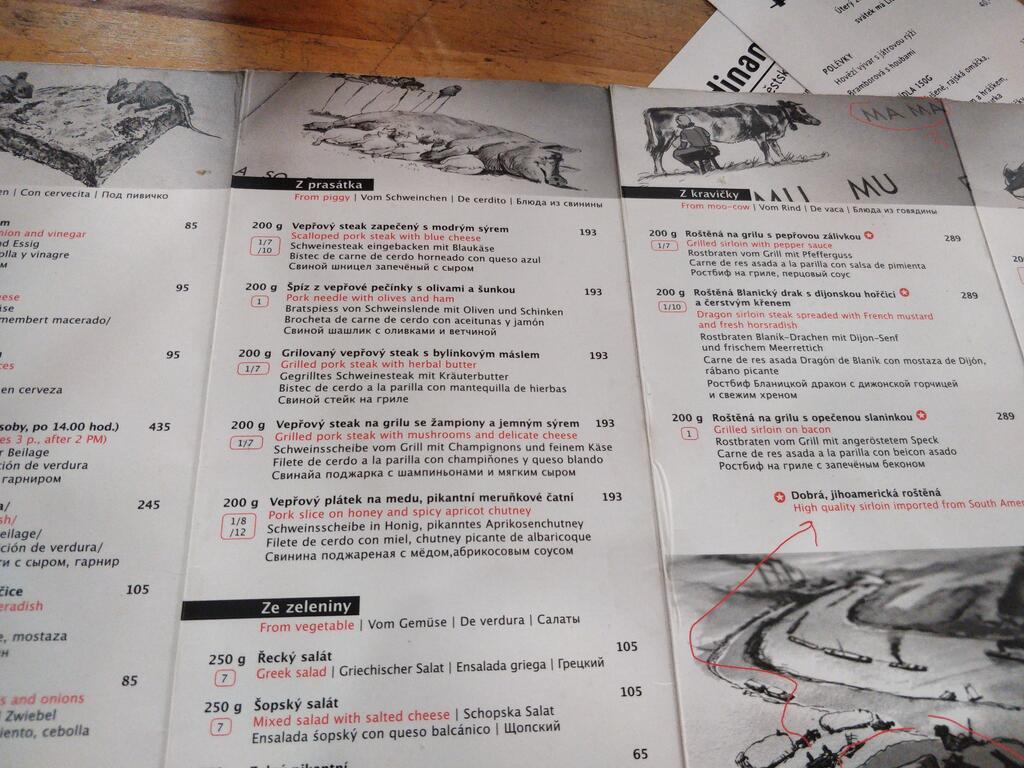 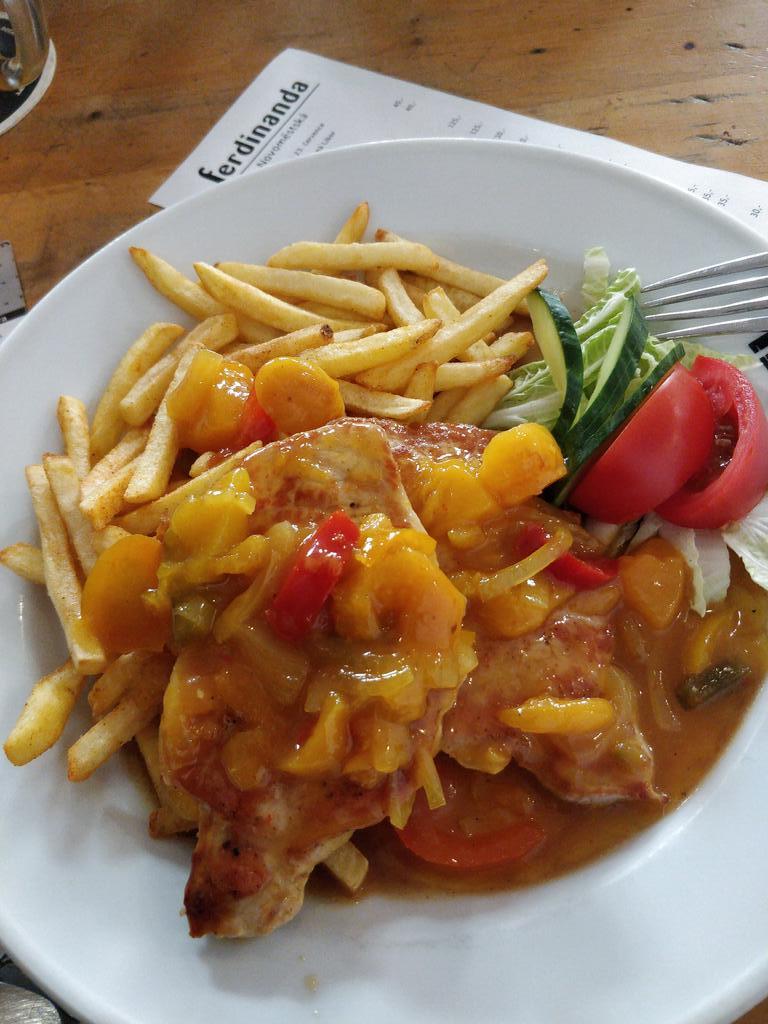 The complete photo gallery is here.